Well, our time here in DC is getting shorter.  I'm still making progress in language class, though on some days the rate of progress seems considerably slower than others.  Regardless, this has probably been one of the coolest things I've done since I've been in the military.  It's great to get paid to learn about another culture and their language every day.  Then again, I did like to study International Relations and the sort, so it might not be for everyone.  The hardest thing right now is pronunciation.  Danish is a really cool language, but it's just not easily pronounced.
Here are some things that might influence the difficulty of the language:
1)  The Danish language has some extra letters and several extra sounds to throw into the mix:  "Æ, Ø, and Å," are the letters we Americans sometimes see but immediately disregard as "those weird looking letters."  I would tell you what sound these individual letters make if I could, but I'm not going to attempt it.  Just know this...those little guys have their own distinct sounds that are in some way discernible to native Danes...and not exactly to this guy from Tennessee.
2)  The Danes (and all the Scandinavians)  have had centuries of using these sort of sounds, and they grow up hearing them from day one.  So, when I try to sound like them, it simply sounds off.  Sure, they can understand what I'm saying, but it just isn't quite right.  This, I must work on.
3)  Finally, the language uses a sort of tempo and rhythm, that if not adhered to, sounds off.  If the stress isn't where it needs to be, you are wrong.
So, I will carry forward and do America proud.  Random note (and another reason I think I will like Denmark):  Denmark has the largest 4th of July festival anywhere in the world outside of the U.S.
Yes...dictionaries are critical to the whole learning process.  We have three varieties...none of which are all-encompassing.  If you've never heard Danish spoken, or are curious, here is a glimpse of the language.
We've just started the ball rolling on our move to Denmark in addition to the daily class routine.  We got orders (after some standard prompting), and I just shipped our car.  This is our only car, as I sold the 4runner before we moved up to DC.  So, we are doing the mass-transit thing until we leave.  Our dog, Scout, senses some change in the air, and is especially curious at the sudden appearance of moving boxes.
Finally, we are in the home stretch of our "vegetable growing season" here at the apartment.  Our yield so far:  0.  We attempted to grow tomatoes and peppers on the back patio.  The tomatoes were a total failure.  We don't get much sun at all, so that might be the reason.  That, or the fact that we picked a really strange tomato variety.  Our peppers might bring it home for the big win, however.  We may just have something before the movers come to take our planters away.  We have around 5 jalapenos and 6 bell peppers to date growing on the plants.  Enough for a few tacos at least.
Finally, some have asked about what the weather will be like in Denmark.  This seems to be a good topic of conversation among the Danes according to my teachers and Danish friends.  In short, it will be overcast a lot and rainy...with nice short summers.  It doesn't get hot, but it also doesn't get extremely cold either.  Heidi is prepared with numerous pairs of new rain boots, and I've even bought a new pair.  The good thing is that neither one of us like hot and humid weather, so it will be nice in some ways.  I have no idea what the flying weather will be like, but it doesn't matter as long as I'm still getting airborne.

Heidi and I had a chance to take in a great museum with a couple of friends this weekend in DC.  The Newseum, is located in downtown DC.  It's not a free museum like most in DC, but it's well worth the $22 admission---which is probably why it's TripAdvisor's #1 rated thing to do in DC.
It's unlike any museum I've ever seen.  It's quite modern inside, with several floors of interesting displays that deal with journalism, photography, major world/US events, and other misc. displays. For example, they have the Unabomber's actual cabin on display, parts of the Berlin wall, etc, etc.  They have the headlines of virtually every major U.S. and international newspaper from famous events throughout history.  There is just too much to list here. Your ticket is valid for 2 days...and you need about two days to view it all in detail.  Highly recommended!

Here are some pictures (not great...taken with my iPhone)

After about a 3 year "down period," my blog has re-surfaced. This time it will focus on our impending move to Denmark (DK) and my experiences while working overseas as a pilot with the Royal Danish Air Force (RDAF). Now that I'm married (2 years now!), I'll have a bit more to talk about (although some of you seemed to enjoy my posts about a single guy's follies in Europe and Korea). Everything below this post is old--but feel free to read them. I've got a few years worth of stuff from my tour in Italy, and a couple of posts from Asia.

We've been living in the DC area for the last few months while I'm in language school--actively butchering the Danish language on a daily basis. We should embark on "the move" sometime in September. My wife, Heidi, has started her very own blog as well (that's right, we like to duplicate effort in the Long family). Check it out HERE.
Posted by Ed at 12:57 PM No comments:

So, I've lived here for a year and haven't posted anything.  Today, I decided to get this blog going again.  Hopefully, I'll have some good travels and photos coming soon.  Today I took a walk down to the beach near my house and snapped a couple of pictures.  Ed 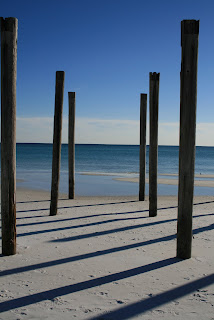 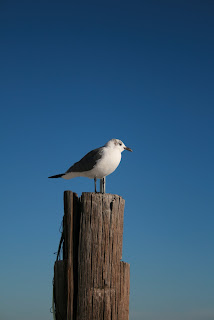 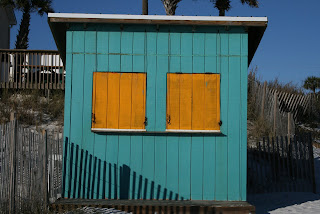 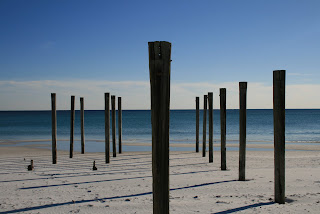 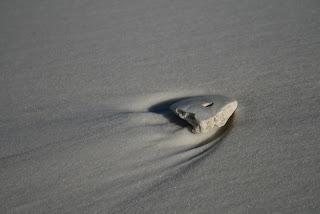 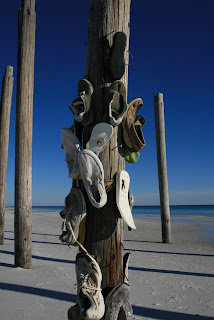 Finally getting around to posting some pics from Thailand and Vietnam. In short, the trip was awesome. Places we visited: Bankok, Chiang Mai, Pai. Then we went to Vietnam. We stayed in Hanoi and spent 3 nights. Visiting Ha Long Bay was the best part of the Vietnam experience.
After that, we flew back to Thailand and landed in Phuket. What a great/beautiful beach area. Snorkeling, visits to Islands, Kayaking, etc were some of the activities we did while there. It was all amazing. 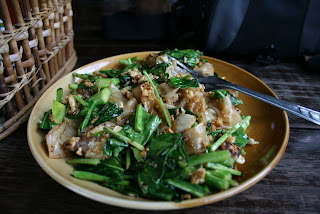 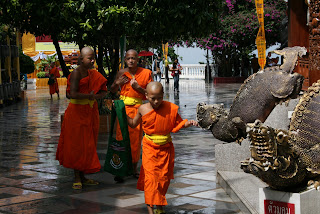 Monks at a shrine in Chiang Mai 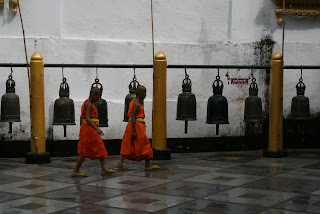 More monks at the shrine 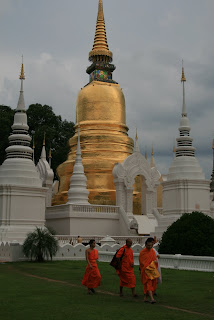 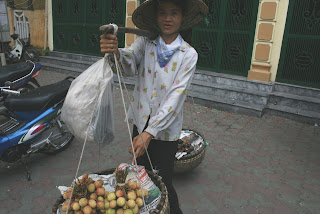 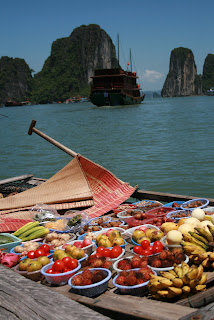 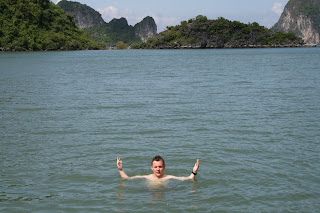 Swimming it up in Ha Long Bay 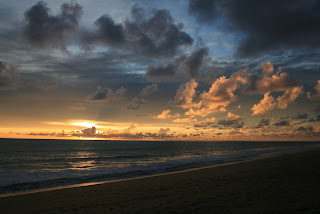 Sunset in Phuket, Thailand from our Hotel 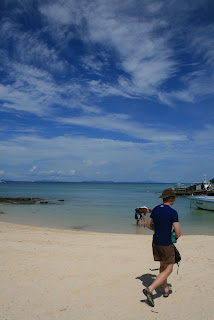 My buddy on the beach at Phi Phi Island

So, I've almost been in Korea a full six months. It's time for a vacation. I need it. It's been weird not having crazy adventures every weekend like in Europe...so I'm just going to have to make up for it in the next two weeks. Here's my schedule---sort of:

Tuesday the 29th...leave Seoul for Hanoi, Vietnam....
Tour around Vietnam for a couple of days...see some sights...take cool pics...

Leave Cambodia for Thailand. Land in Phuket Island...and go direct to the JW Marriot and check in to our 2 story apartment on private beach. There will be 4 of us total now...split 4 ways the cost isn't too bad...but don't I deserve luxury? Yes.
One week in Thailand....sea kayaking....trekking...snorkeling....diving....everything.